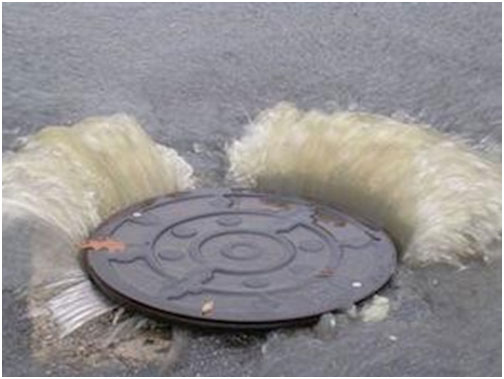 Along with many others I wish to thank the efforts of Michael Hull and Jeff Gillies for bringing a situation into the spotlight that warrants further discussion – Rockland County Sewer District One and the recent questions regarding their entire culture and operation. It is difficult enough to follow the on-going saga of Rockland County Politics and the multiple challenges facing us as a county; and while we often blame our neighbors for not being engaged, the public should not have to look under every manhole cover when we elect people to guard the public trust.

I can equate Rockland County Sewer District One with the Suffern Parking Authority, which for four decades flew under the radar until questions about their operation created a merry-go-round of further questions, ultimately leading to the parking authority code enforcers being transferred under the supervision of the Suffern Police Department and a Village Board Resolution to terminate and consolidate the authority back under the auspices of the village; albeit I believe a faster more cost effective approach could have been taken.

In both instances, one constant was at play, one that is always the “Achilles’ heel” of any business – management oversight – or in these two instances the lack thereof by the governmental body in charge. In the Suffern case it was the village board and with the sewer district it is the county legislature. A culture of out of sight, out of mind, takes hold, but in the case of the sewer district, some seasoned elected officials were on the board, although a wary eye must always be cast when Ramapo Supervisor, Chris St. Lawrence, is involved.

The Suffern Parking Authority issues, however, pale in comparison to those at the sewer district in terms of dollar amount alone. The Suffern Parking Authority did not have seasoned elected officials on its board, that Triumvirate being Town Supervisor’s St. Lawrence, Gromack and Stewart. Mr. Hull and Mr. Gillies exposed a somewhat creative attempt to finance a storage facility in Clarkstown, which immediately raised multiple questions that the two authors have additionally addressed. As with any investigation one question leads to another with investigations often morphing into other areas. As one gentlemen posted on facebook, “Keep peeling the onion.”

Now we find out that several of our elected officials were being paid when they should not have been, with Supervisors St. Lawrence and Gromack benefitting the most because of their longevity. To no one’s further surprise, to hear Gromack and St. Lawrence tell it they sound more like victims; Gromack stating that the county will have to figure out what to do since he, along with others, have paid taxes on the income. St. Lawrence, in his usual bluster, has apparently indicated that the sewer commissioners should sue to keep the money.

Usually where there is smoke, there is fire. This could be the tip of the iceberg. Were there expense reimbursements also. Who signed the improper payroll checks and, for that matter, who signed all checks and who approved all items for payments. How are contracts “let”, and what is the bidding/rfp process, if any……………….. Who are the subs and vendors that they use and are they campaign contributors to the members political campaigns….So many questions…

Rockland County GOP Chairman, Lawrence Garvey, issued a press release calling for the immediate repayment of the funds and echoed the comments of Mr. Gillies that a forensic audit be performed. In banking when it comes to lax internal controls regarding the serious Bank Secrecy Act regulation it is called a look-back. Either way it is a painstaking review of all previous transactions coupled with a review of meeting minutes and all documents available. In the mix of questions we also have the eminent domain case recently lost on appeal by the sewer district, confirming the trial court’s decision awarding eight million dollars to the owner as the fair market value of the property.

In reviewing a synopsis of the events, it appears that the sewer district had an arguable claim against the owner of the approximately 64 acres they appropriated in February of 2005, alleging the owner knowingly entered into a contract prior to the condemnation to inflate the fair market value. From there the entire episode did not go the sewer district’s way. The court agreed with the owner that the best use in terms of fair market value for the owner was their ability to sell the property for the construction of an office complex and that they entered into the contract in good faith.

Now the short answer for the sewer district is they thought they were going to win. That’s fair, but the public is at the very least owed an explanation since millions of taxpayer dollars were at stake. Questions such as why it took nine years for this to be resolved, nine years of lost construction time. Was it prudent to appeal? Were there any discussions of settlement during the period or the potential ramifications of losing? Which commissioners were steering the ship?

Case law seems to suggest this may have been an uphill struggle. As part of the award the owner of the property was awarded four million dollars in interest and awarded legal fees. There are also the legal fees of the sewer district in pursuing this. The combined legal fees alone are probably enough to question the entire suit and appeal to begin with.

What may be the most disturbing part of this entire episode are two rulings by the Trial Court, both upheld by the Court of Appeals, neither one good, one worse than the other. The first is the Trial Court disallowing two expert witnesses for the Sewer District to testify because their names were not disclosed, nor was an explanation provided of why that occurred. The second, and more deleterious of the two, was an adverse inference granted against the Sewer District. An adverse inference is leveled when documentary evidence, which is suppose to aid your cause, cannot be produced, the inference to a jury or court is that such evidence would actually have been detrimental to your cause. The Sewer District could apparently not produce their own appraisals or feasibility study of the property because the documents had been allegedly destroyed.

Not only does there need to be an explanation, but the legislature needs to conduct an investigation.