SEWER DISTRICT ONE NEEDS AN OPEN AND HONEST DEBATE 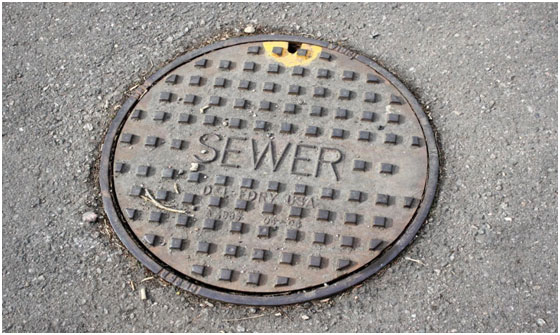 Legislator’s Lon Hofstein and Chris Carey have signaled their intent to introduce a resolution seeking a forensic audit of Sewer District One. The district services the towns of Ramapo (Suffern excluded), Clarkstown and a small portion of Orangetown – and is overseen by a board of commissioners. A forensic audit notwithstanding, the time has come to begin a serious discussion about re-configuring certain aspects, if not all, of Sewer District One.

Based on recent events, it would not be a stretch to call for the resignation of some of the more senior commissioners, but that, however, does not address the main issues, which are the lack of oversight of the commissioners, accountability and the inherent problems of any quasi-governmental agency, such as duplication of services. The lack of oversight requires a 360 degree shift in philosophy. Sewer District One is for the public benefit and it cannot emulate a sole proprietorship.

While the legislature appoints all the commissioners, the majority are a fait-accompli, due to a law that designates certain elected officials to automatically serve as commissioners, which renders a no vote meaningless; analogous to a no confidence vote. How many legislators can look you straight in the eye and say they would have voted to appoint the King of the Valley, Demeza Delhomme, as a commissioner. And what happens if there is a no vote?

The law that allows this is several decades old, with amendments. At the time it was probably well conceived, making sense that elected officials oversee an operation that is associated with government administration. Like most laws, old ones are slow to be revisited and new ones slow to be adopted; more necessary now with the ever rapid social, economic and technological changes taking place.

Moreover, the law is ripe with inherent problems. It designates people to serve who may have no interest in serving, basically mailing it in. Elected officials are not omniscient and the fact that you won an election does not mean you are steeped in business acumen. Non- elected appointments for decades have been rooted in the very culture the public demands we reform, to wit, the appointment of individuals with no litmus test as to qualifications; a resume building patronage reward, since the financial remuneration is miniscule in respect to the position. Interestingly, some of the non-elected commissioners seem to ask the most pertinent questions.

There is the inherent problem of individuals who cannot devote the time, energy and independence that is necessary since they have other full time employment. At least one commissioner has a full time job, is a legislator and a commissioner. This disconnect fosters a situation where one or two commissioners can end up steering the ship.

No real mechanism – or will – exists to remove a commissioner, as the body is a self- contained, self-governing entity. Certain commissioners can be removed by being voted out of the elected office they hold, which is only an unintended consequence of losing an election. Name me one person who factors in the performance or potential performance of their candidate as a sewer commissioner.

There is the inherent problem of any quasi-governmental agency being dominated by the same party, although realistically in Rockland that never really mattered. This creates a by-product of commissioners being reluctant, sub-consciously or not, to challenging each other since many may be beholden to each other for their political well-being. Would a commissioner, for example, ask for the removal of another for poor attendance; and should attendance requirements be written into the law?

There is an inherent lack of transparency, and when the public does raise questions, such as with the Eminent Domain case, no one comes forward with an explanation or even a defense. That alone is reason enough to ask for resignations. To be fair, some of the commissioners are fairly new and were not involved in certain past decisions. That, however, does not completely absolve them from raising questions.

The sewer commission needs a mixture of elected officials, financial people and technical people, less elected officials the better. I can think of 8 to 10 people across the political spectrum, or no spectrum, off the top of my head that would be well suited for the task. We all probably can. Not to be lost in the discussion is why we need a sewer district at all.

While a forensic audit is appropriate, and you can only shudder at the thought of what else might be found, it should be administered in a parallel context. A forensic audit is an audit that usually takes place when there is a belief that fraud has occurred so as to determine if funds may have been embezzled and/or misappropriated. The audit needs to be an inquiry into the thought process, not only the numbers, that led to certain financial decisions and payments; and the checks and balances there were, and currently are, on each other. The audit must further determine if any evidence of a quid pro quo existed.

When an appraiser for the sewer district says he has been paid approximately one-million dollars over the course of his relationship, the same appraiser who could not provide a copy of his own appraisal when testifying on behalf of the sewer district in the Eminent Domain case, it must be questioned. When two lawsuits are lost, costing millions in interest and legal fees, attorney management, strategy and fees paid must be questioned. This does not include the one-million dollar judgment obtained against Sewer District One by Upper Saddle River for overflow.

The St. Lawrence statement that the sewer district was building up its reserves in anticipation of losing a lawsuit that possibly could have been curtailed at a number of stages is peculiar logic. It’s the type of logic that in the past has gone unchallenged.