Voice of the Legislative Pejorative 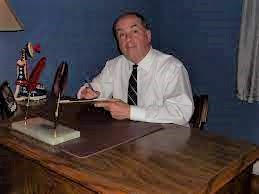 At the Legislative Budget and Finance Committee meeting on Monday, November 21, a situation arose which has become problematic. The meeting was to discuss the funding of what is generally referred to as the 224 non-profit organizations, which were not funded by the proposed budget of the county executive. The Democratic caucus once again saw it as an opportunity to simultaneously chastise the county executive.

First, for what purpose, someone came up with the peculiar idea to show a video of the county executive’s speech rolling out his budget. At first I thought it was about me because I was the only legislator he mentioned in his speech; in a positive manner no less, but it was to focus in on the 224s and ratchet up the crowd, a Trump-like stunt usually well received in the heat of the moment. Due to technical difficulties it could not be run, so the picture with a thousand words turned into the picture of Dorian Gray.

The meeting was well attended with most residents in support of the 224s. Many made statements that were a recapitulation of statements made the previous Tuesday when a similar discussion took place. Members of the Democratic caucus followed their usual script of hammering away at Ed Day, of course showing solidarity for funding the 224s. Criticism is good, but it must be genuine, not opportunistic, continual or over the top.

Ed Day is quite capable of defending himself, and he does, but where certain members of the Democratic caucus seem continually confused is their wrongheaded attempt to connect every Republican legislator with every act, proposal and decision by the administration. I personally have no input in the creation of the budget, maybe I should. A budget is not a static document and the whole point of this exercise is based on exactly that concept. This path of triangulation is becoming increasingly divisive and may force some legislators to reconsider ways of dealing with the numerous issues and negotiations that will arise in the future; and each other.

My sense is that most if not all Republican legislators are amenable to funding the 224s. There are several paths to do so; the path of least resistance is to just break the tax cap, which should be a last resort. So as Democrat after Democrat supported the 224s with platitude laced comments they tried to create an illusion that Republican legislators were against it. Not one Democrat announced they were in favor of breaking the tax cap. Why, because no one wants to look like a tax and spend elected official unless it is in the context of a collective vote. What additionally was not helpful was an attempt to take a straw poll, which can be perceived as an attempt to embarrass, guilt, box people in, or a combination thereof.

Someone asked even if approved if this will continue year after year. It should be noted that the 224s are discretionary and will always be up against fixed costs that make up a preponderance of the costs in the budget. Altering revenue projections dramatically to achieve a goal is the proverbial slippery slope and a recipe to repeat past failures.

After the meeting, some in the audience were not amused, many understanding the need to balance fiscal responsibility against their own desires. One gentleman approached me and thanked me for offering a solution. I thanked him and politely acknowledged that I offered a possible partial answer and there are other alternatives to discuss.