Guilty: By Path of Least Resistance 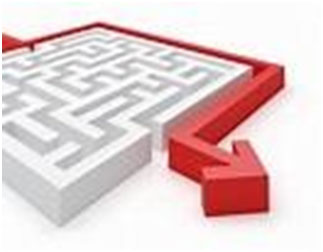 We are all familiar with the classic line from the movie JAWS by Roy Scheider, “You’re gonna need a bigger boat.” In Rockland, perhaps we need a Special Prosecutor – on an ongoing basis.

On May 29 of this year, Mr. Richard Brega of Brega Transportation, which currently runs the county bus transportation services, pled guilty to one count of falsifying business records, a euphemism for a straw donation scheme involving contributions to the campaign finance account of, “Friends of Ilan Schoenberger,” in his 2013 County Executive bid. The one count involved the use of his brother-in-law in the scheme. Donating in the name of another person is the correct but convoluted term for this violation of New York State election law.

It took almost five years to get to this point and we have seen this kind of justice in the form of the quintessential pyrrhic victory from the District Attorney’s office before, with a couple of ball-bearings of the Ramapo Democratic Machine; Anthony Mallia and Shmuel Tress.

Law Enforcement will tell you that by avoiding a trial they have saved the taxpayer’s money and avoided the potential of losing. There seems to be little difference in winning and losing and how many times have we heard the platitude laced statement that we have been saved money.

The benefit of a trial means everything can be laid bare. Now we all understand that plea bargaining and immunity from prosecution are integral parts of the process and so is the need to keep information confidential. The public and elected officials, however, are at a distinct disadvantage as we are only left to guess at what transpired. The District Attorney works for us but has no obligation to really explain his or her actions. What we are left with is a Father Knows Best system replete with trite statements that make you shake your head and roll your eyes. Basically it boils down to, “Take my word for it,” the Achilles Heel of a political system having one person with the final say

In the Brega case we see one person, the money-man, Mr. Brega, pleading guilty to one count. But what about the cadre of straw-donors, the candidate, campaign treasurer and anyone else who may have been a facilitator or consultant to the scheme; or had direct knowledge and chose to be willfully blind. By my own count there were about 28 potential straw-donors based on the variety of red flags surrounding the donations. I know the District Attorney and FBI had all 28 names as of December 15, 2014, which included the original group reported by the Rockland County Times. But not one other person was charged by a law that holds the straw-donor as the one responsible for the violation.

Now I am under no illusion that an employee may willingly go along with a request from his boss for a favor due to either a real fear of some form of retaliation or a perceived one in the recess of their mind. The same holds through with a request from an elected official. Each situation needs to be evaluated on its own merits and while I am not promulgating throwing the book at someone; maybe a monetary penalty would get the message across.

Recently, the Airmont Village Board passed a local law for their village which I had authored titled the Citizens Protection Act. In a nutshell the law is designed to protect the public from being unwittingly involved in a criminal act. It also protects the candidate from the actions of overzealous supporters. It is also designed to have an individual perjure him or herself if they knowingly become involved.

One individual donated $4,000.00 to, “Friends of Ilan Schoenberger,” then 45 days later donated $5,000.00 to the Rockland County Independence Party? What is that all about, although it is not hard to hypothesize?

At least six individuals in the 28 appear to have no connection to the Brega group. This is important since it indicates that a farther reaching scheme involving more people with one central organizer may have been at play.

Supposedly, all Brega employees were questioned and they all claimed the donations were their own money? Brega was, after all, charged with 10 counts?

You decide to run for office and the Legal Counsel to the Rockland County Legislature is your Campaign Treasurer. You receive scores of maximum dollar amount donations ($4,000.00) from people you probably do not know. Sure, there are some people in that economic stratosphere, but does that necessarily mean they want to part with their money.

Sure it is old news, but the Democratic majority on the Rockland County Legislature saw fit to unanimously appoint the husband, of that same Legislative Legal Counsel, who worked in the District Attorney’s office, to the Schoenberger vacancy.

In my opinion the staff of the Legislature, or any political body, should not be working on what amounts to their boss’s campaign.

So what we have is three scenarios on the subject, one good; two bad; one worse than the other. The good one is the conscious of innocence defense used by Manson Family prosecutor Vincent Bugliosi in his defense of Stephanie Stearns for the 1974 murder of Mac and Muff Graham at the Palmyra Atoll (an island south of Hawaii).

Conscious of innocence is a concept whereby there would be no reason for someone to believe or question why an action took place. I do not particularly buy it. The bad, the lack of any intellectual curiosity exhibited; with the worst being willful blindness.

In banking and the financial industry you can be criminally charged with willful blindness. Willful blindness is a conscious avoidance of the truth when any reasonable person would find suspicion. Politics is not the private sector however and intellectual curiosity is not a requirement for being elected to office.

As for a Special Prosecutor, who do you turn to? The Governor, Andrew Cuomo, whose term has been highlighted by the Moreland Commission debacle and the Buffalo Billion convictions. Until recently, you had a New York State Attorney General, Eric Schneiderman, who had alleged straw-donations made to his own campaign account, which he donated to charity. That’s all well and good but you would think the highest law enforcement official in the state might have the intellectual curiosity to question how his campaign became mixed up in that.

The real contempt and disdain to the public in all of these episodes is always the same static refrain by those in authority, “I had no obligation to.” Politics is always an excuse to put your moral clarity on the shelf anytime the need arises.

What may be the most disturbing aspect of any straw-donation scheme is whether the architects of these schemes ever step back and think about how they may be manipulating the innocent average citizen into a crime.

When voting for District Attorney or for Sheriff or Superintendent of Highways for that matter, the vote cannot be based on political party affiliation. Trying to convince the rank and file casual voter of that philosophy is near impossible.

It would be nice to see the next group of candidates for Rockland County District Attorney campaign on their own; not in a slate with other elected officials, committing to dropping their political party affiliation if elected. Most of all they have to convey a message of trust and transparency to the public. Is there anyone out there we can believe?

At this point I would settle for Lieutenant Daniel Kaffee.